The whole history of human development is connected with measurements. Height, weight, volume, temperature - these are the bricks from which a single measurement system began to take shape.

Fundamental standards such as measures of weight, volume and length have existed since the dawn of civilization and have been key to ensuring production and trade.

During excavations in ancient Polotsk, in addition to various objects of labor and household items, weights and jewelry scales were discovered. The finds date back to the 11th century.

And this means that even then there were standard measures that helped people to properly manage their household, trade, navigate the complex world of human relations 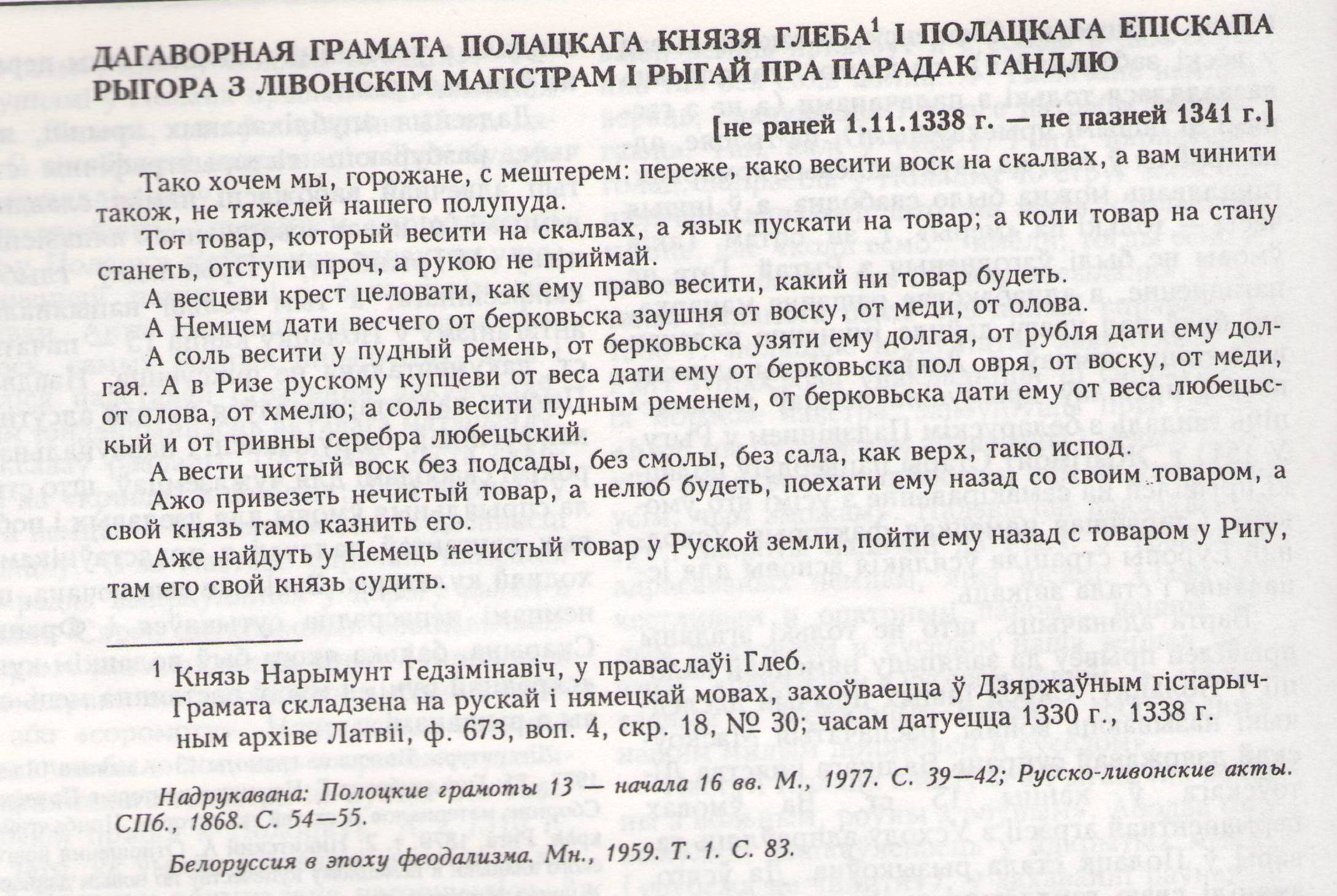 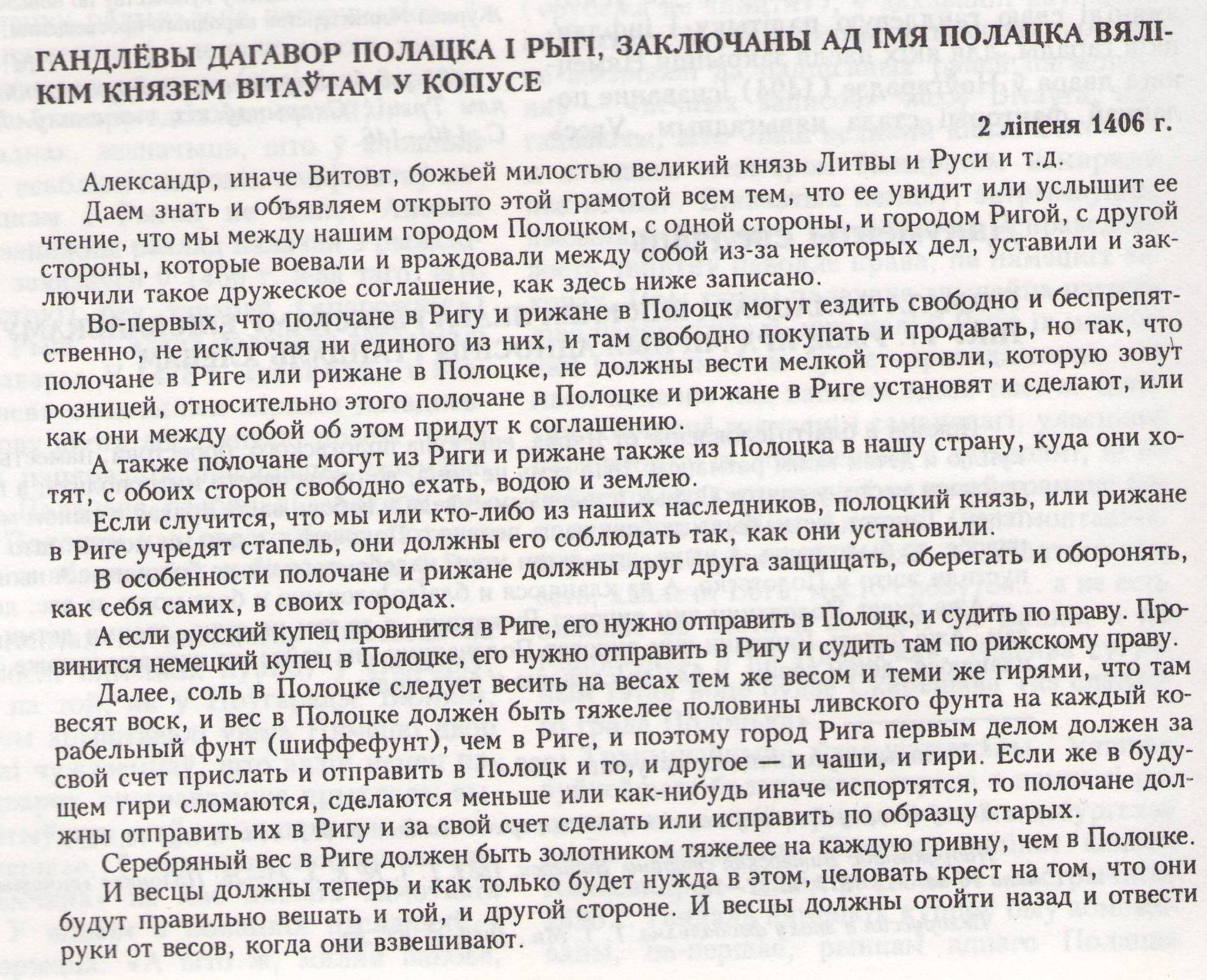 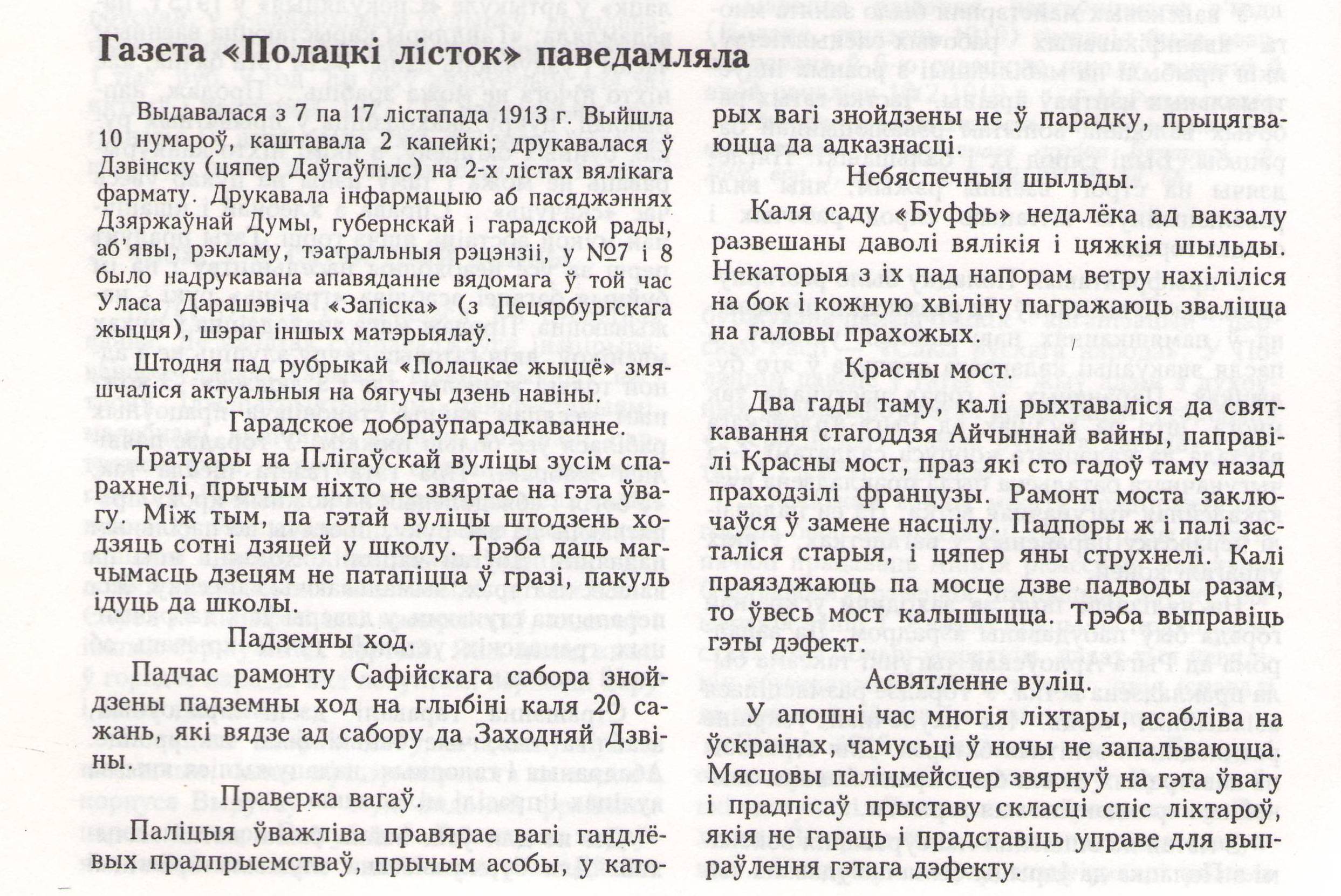 A century passed by, life became more and more complex and varied. The measurement system was improved.

In the modern world, all life processes, trade, the results of all scientific developments and achievements, the assessment of the quality and conformity of products, the protection of human life and health, the protection and protection of the environment are based on the measurement results. And this is a considerable merit of the Gosstandart system, in particular, the Republican Unitary Enterprise "Polotsk Center for Standardization, Metrology and Certification", which functions as the territorial body of the Gosstandart for standardization, metrology and certification in the cities of Novopolotsk, Polotsk and 10 adjacent districts: Polotsk, Braslavsky, Verkhnedvinsky. Gluboksky, Dokshitsky, Miorsky, Sharkovschinsky, Rossonsky, Postavsky, Ushachsky.

Until 1926, in the Vitebsk province, which included the city of Polotsk, there was a permanent branch of the Petersburg Verification Chamber of Weights and Measures.

The work of this institution was limited to the verification of weights, weights, measures of length and volume.

In 1926, the Vitebsk branch joins the Belarusian Chamber of Weights and Measures, created in 1922.

Information about the work of verifiers in Polotsk refers to the post-war period. Then, until 1951, the Commissioner of the Committee at the Polotsk Regional Executive Committee Lushnikov G.M. worked in Polotsk. 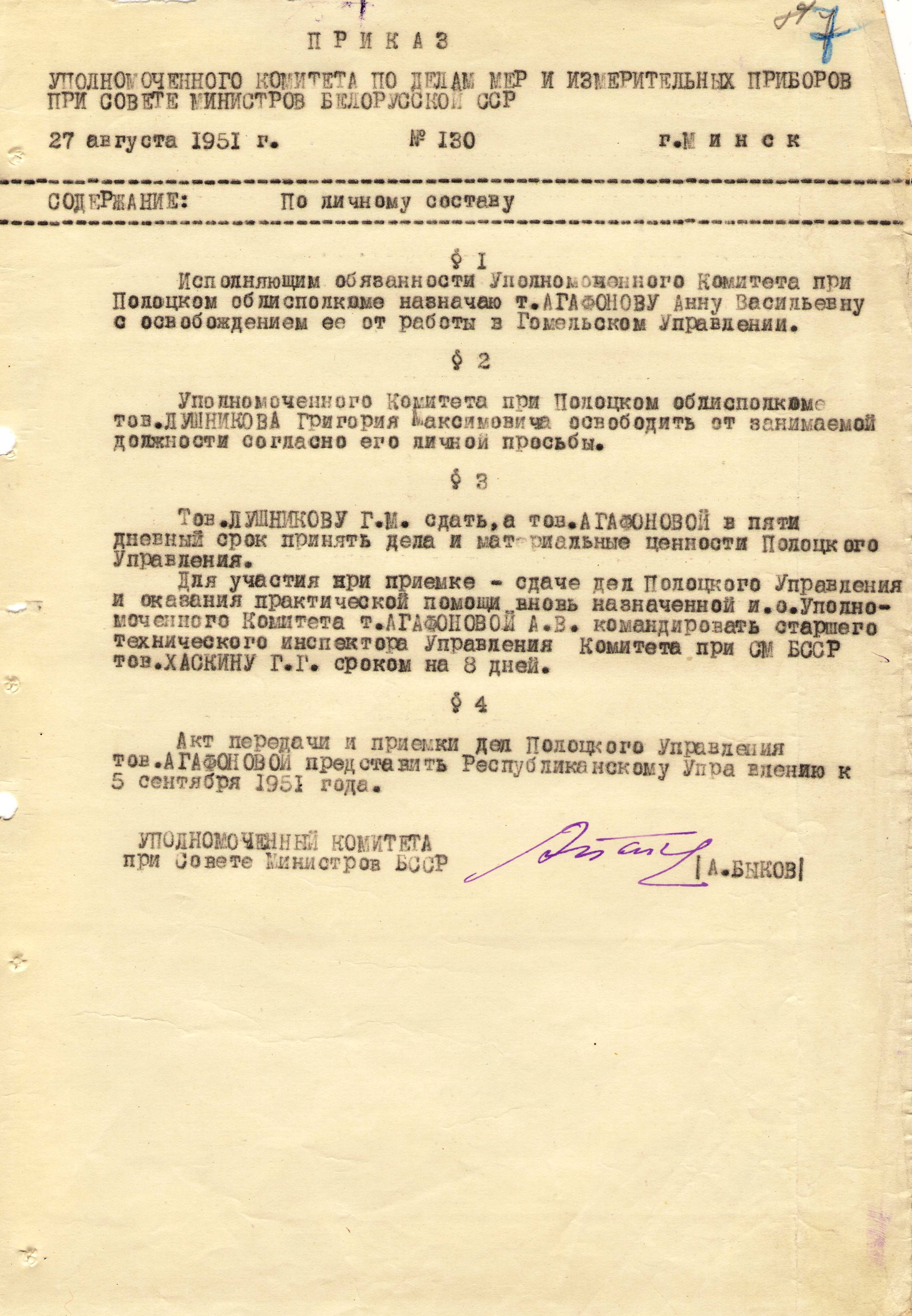 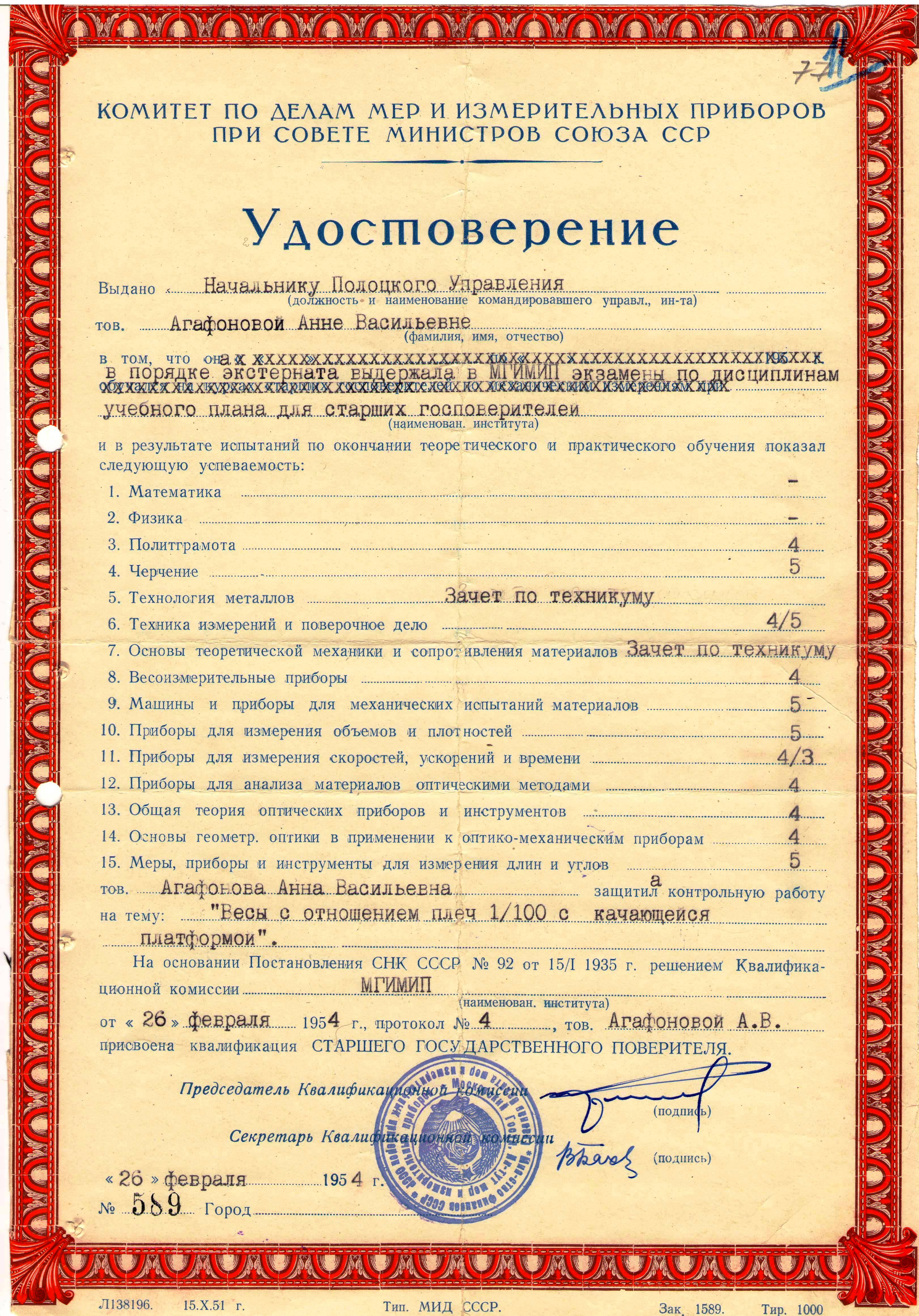 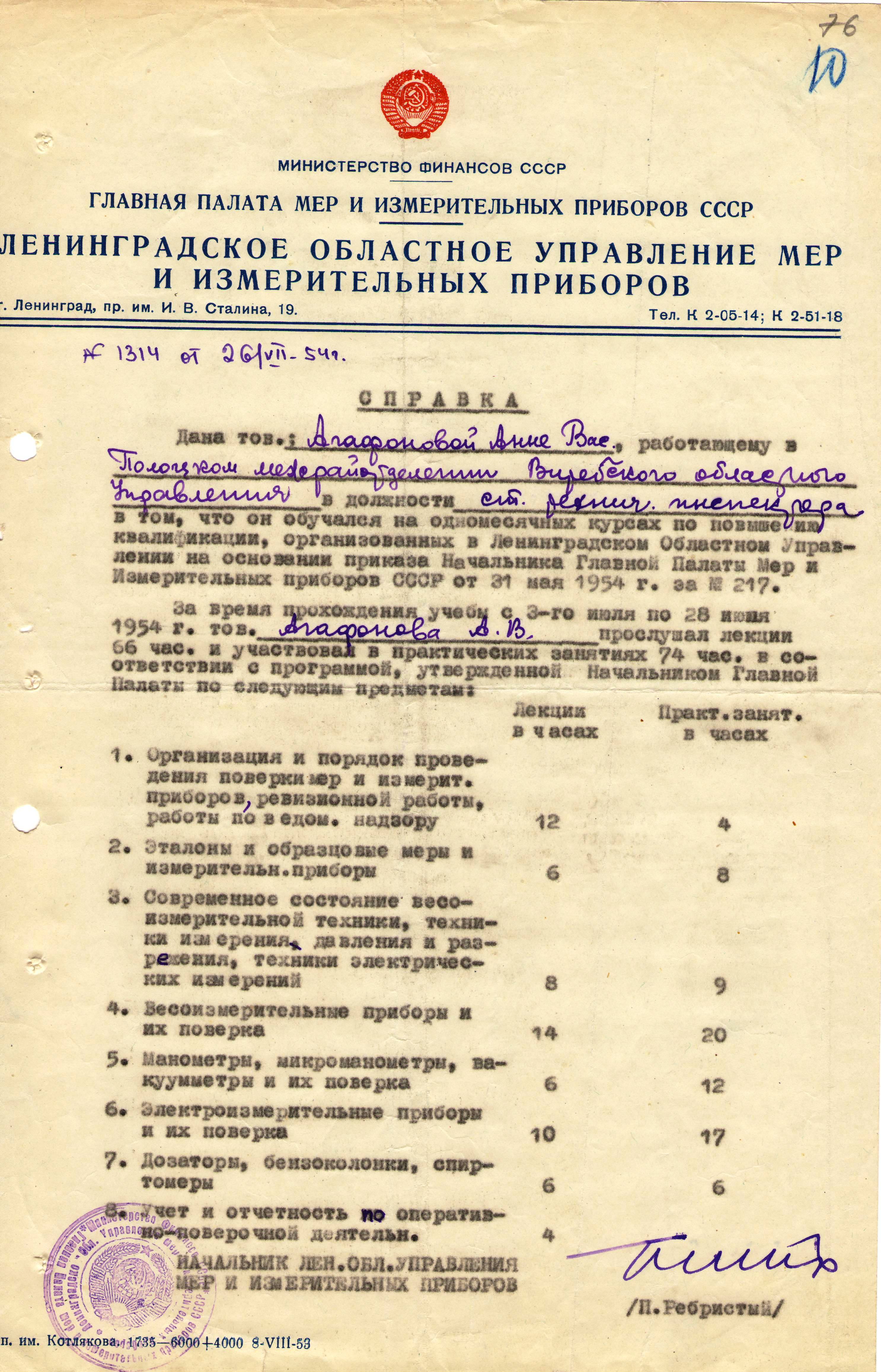 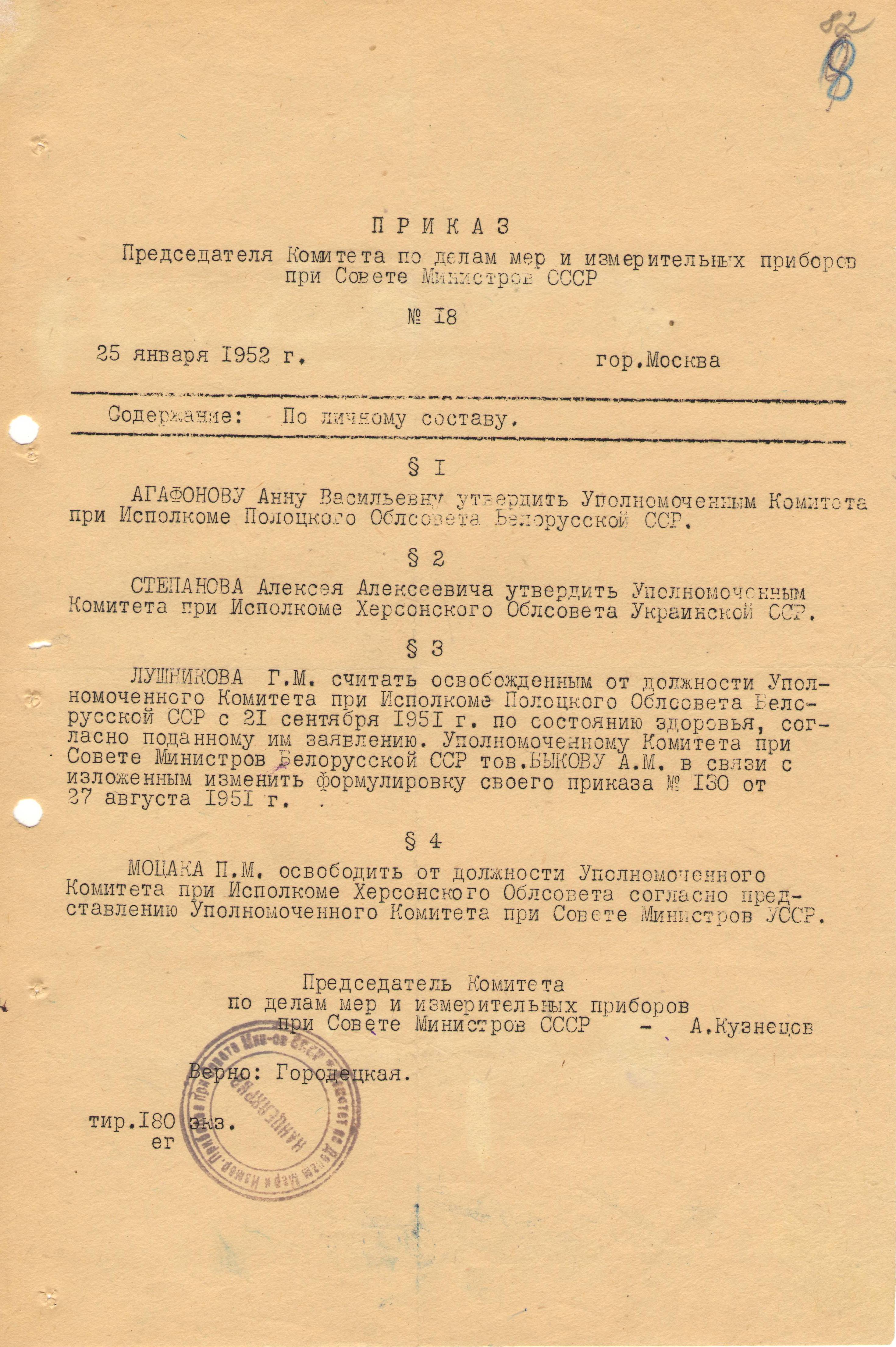 The place of work and at the same time A. Agafonova's dwelling was a small house on the outskirts of Polotsk along Leningradskaya Street. 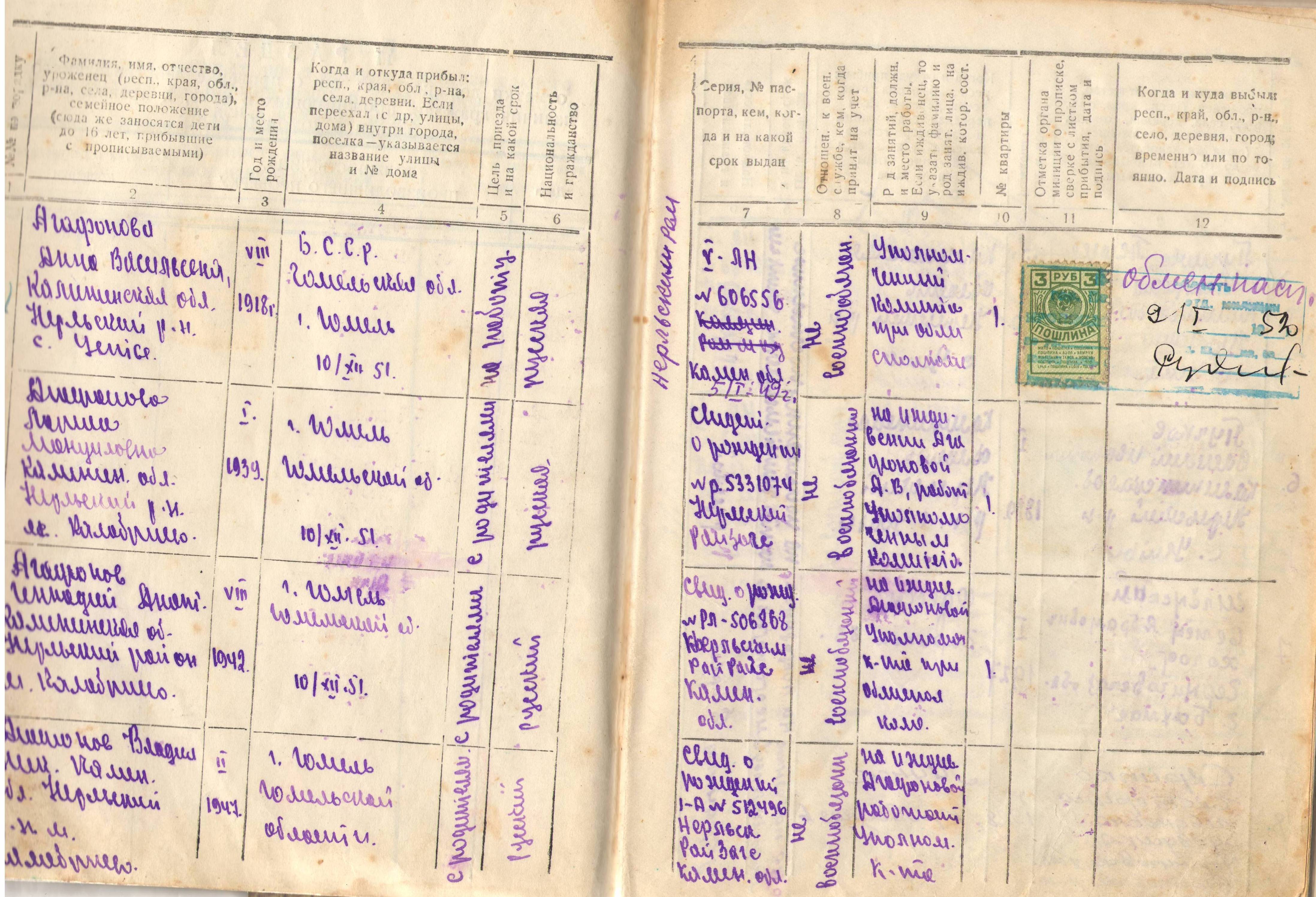 In August 1969, according to the order of the Chairman of Gosstandart of the USSR No. 154, the Polotsk interdistrict laboratory of state supervision (Polotsk MLGN) was created, which is engaged in state supervision of standards and measuring equipment.

The enterprise consisted of 14 people, united in 4 groups: a group of state supervision over the observance and implementation of standards and product quality, a group of state supervision over measuring equipment, a group of mechanical and linear-angular measurements, a group of electro-thermal and physical-chemical measurements. Efim Izrailovich Gitlevich, who had previously worked in the Orsha MLGN, was appointed the head of the Polotsk MLGN. The laboratory is equipped with high-precision measuring equipment, modern measuring instruments, which makes it possible to successfully solve complex problems of metrological service and standardization.

With the organization of the state supervision group, the list of services provided by the laboratory team is expanding. Work is being actively carried out to monitor compliance with the requirements of standards and technical conditions, to check the availability and maintenance of regulatory documents, and to strengthen control over product quality.

For their conscientious work to protect society from low-quality goods, work to ensure the verification of instruments and equipment, the team repeatedly takes first places among the enterprises of the Vitebsk region.

In May 1976, the laboratory is located in a capital renovated building in the city of Polotsk on Lenin Street 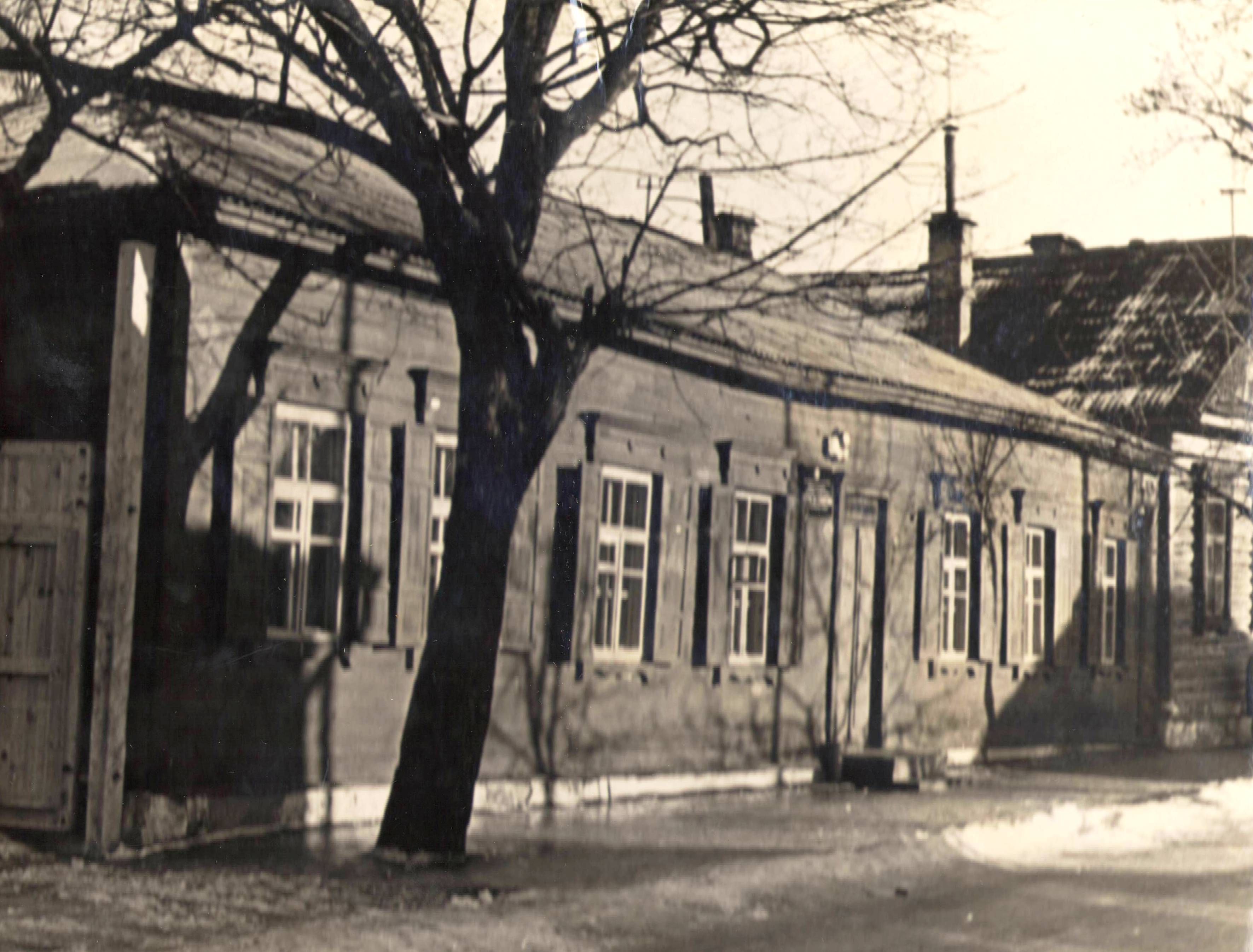 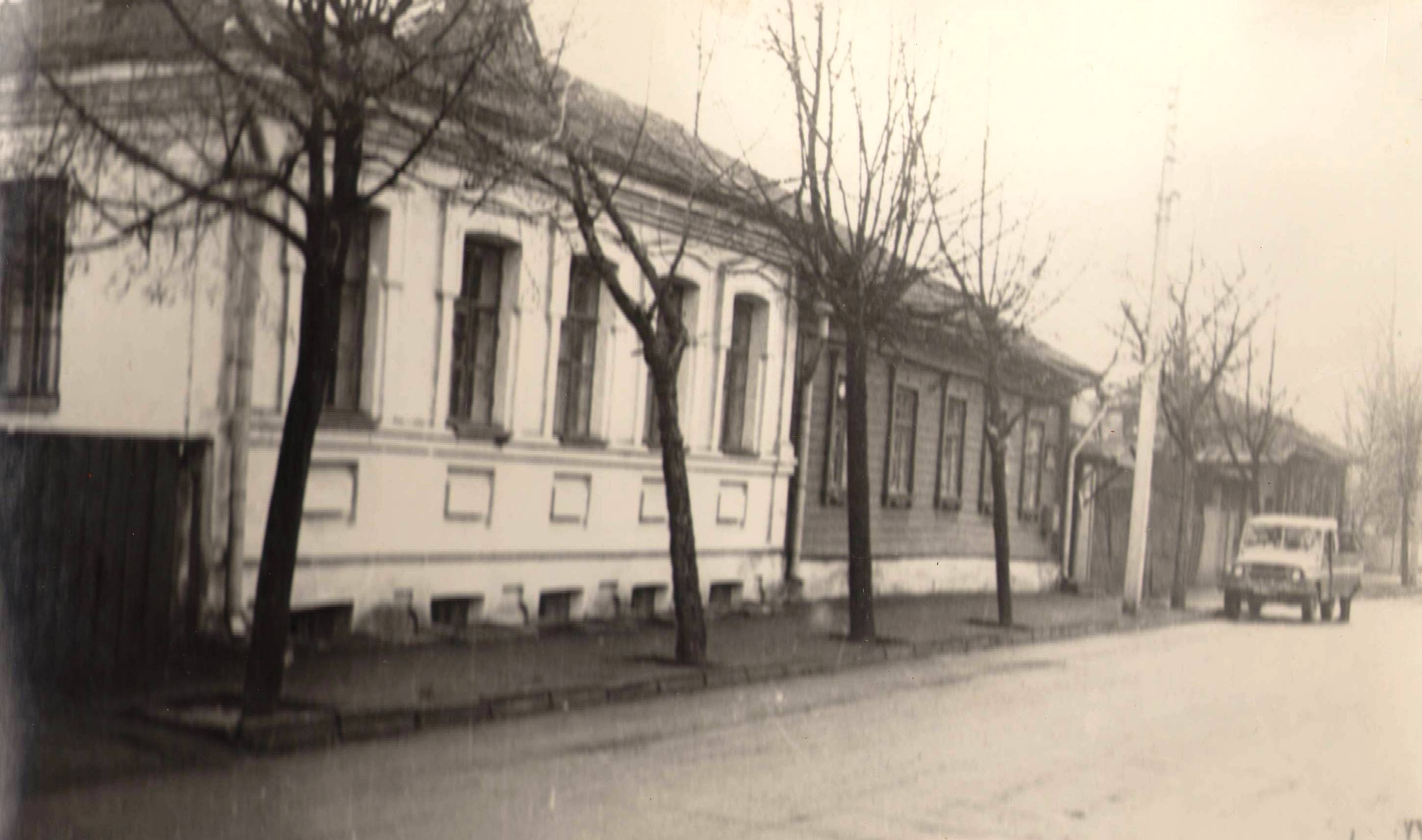 The increase in the area of ​​the laboratory made it possible to rationally place and use the necessary equipment.

To assist enterprises in the region, laboratory staff organize regular consultations on standardization, metrology and an integrated quality management system.

In 1991, a testing laboratory for food and agricultural products was created under the sector of state supervision of standards and measuring instruments. Rud Tatyana Anatolyevna was appointed as the leading engineer. For a whole year, equipment was purchased, premises were prepared, personnel were selected. In October 1992, the first test report was issued.

The expansion of the company's functions is accompanied by an increase in the staff. The center becomes cramped in a house on Lenin street, 6, and the center's staff moves to the premises rented from the Izmeritel plant. The head of the enterprise at this time (1994-1995) Kovalenko I.D.

In 1995, E.N. Ushanov was appointed director of the Polotsk FMC. At the same time, he is appointed the Chief State Inspector of the Vitebsk Region for the supervision of standards and measuring instruments.

In the same year, the testing laboratory emerged as an independent structural unit. Rud Tatyana Anatolyevna was appointed the head of the laboratory. The laboratory staff consisted of 6 people.

1996 was a very significant year for the employees of the Center. The laboratory of food and agricultural products was accredited for compliance with STB ISO / IEC 17025. The department for state verification and metrological certification of measuring instruments was accredited for the right to state verification of measuring instruments.

In April 2001, the Polotsk CSM received a certificate from the State Standard of the Republic of Belarus for the right to officially disseminate technical normative legal acts (TNLA).

In 2002, the information and computer sector was allocated, which is engaged in maintaining the fund of the TNLA Center, ensuring the uninterrupted operation of computer equipment, and performing work on information support.

In 2007, Vladislav Evgenievich Vysotsky was appointed director of the Polotsk CSMS RUE. Under his leadership, work on the reconstruction of the building occupied by the Center intensified, and the repair of offices and laboratories began.

Marina Stanislavovna Andilevko is appointed the head of the certification department.

In December, the laboratory for testing food and agricultural products was renamed into the testing department.

Since April 2009, Valery Vasilievich Palidovets has been appointed to the position of director.

The reconstruction and repair of the building and offices has been completed, new equipment, furniture, office equipment are being purchased, and the computer base is constantly being updated and replenished. The territory surrounding the Center has been improved.

The main task of the Center's staff is to ensure the implementation of a unified state policy in the field of technical regulation, standardization, metrology, conformity assessment and quality management.

The main goal is high-quality and prompt provision of services to customers in accordance with the current legislation and the requirements of technical regulatory legal acts.